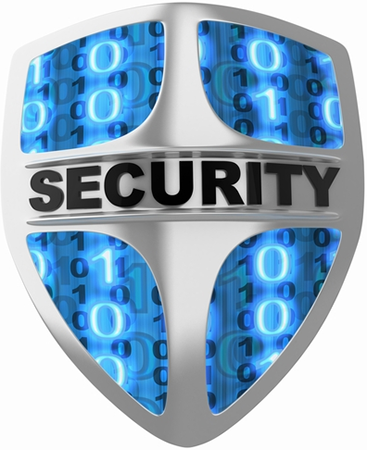 Databases are the key targets of the cyberspace hackers because they contain valuable and sensitive information. Such information can range from financial or intellectual property details to corporate data. Cyber criminals can profit considerably by breaching the servers of an online business and damaging the databases in the process. Thus, securing a database is a necessity. Internet has proved to be a boon for the mankind and been very helpful for both people and businesses. With online businesses becoming more and more popular, reaching out to the global customers is just a click away. To establish an online business, it is important to have a thorough database. But it is equally important to protect all the data that you are sharing on the Internet.

There are several past incidents where the hackers have targeted companies dealing with personal details of the customers. This was mainly done to access all the information regarding their bank accounts. Such rampant immoral activities raised the need for developing security settings for the databases. These security measures are meant to protect the data that people all over the world share with online businesses. If these measures are employed, the hackers will be denied all access to the records and documents available on the online databases.

In spite of being aware of the need for security there are certain chief failures that occur. The cyber criminals take undue advantage of these failures to make profit. These mistakes can either appear during the development stages, integration of applications or while patching or updating the database. Here’s a list of top 10 vulnerabilities that are commonly found in the database driven systems:

One of the most universal causes of database weakness is carelessness in the deploying process. There are several companies who value the importance of search engine optimization for their businesses in order to achieve success. But even SEO can be carried out successfully only when your database is sorted. Although a functionality test is conducted to make sure that it is effective enough in its performance but tests are not carried out to see if the database is doing something that it is not expected to. Thus, it is important that both the pros and cons for the databases are checked before they are completely deployed.

You might consider the database a backend part of your set-up and focus more on securing the internet borne threats but it does not really work that way. There are network interfaces within the databases which can be easily tracked by the hackers if they want to exploit it. In order to avoid such situations, it is important to use TLS or SSL encrypted communication platforms. Thus, it is imperative that the companies hire professional help while building the databases. There are various remote DBA services that can help you deal with your ventures.

Did you remember the 2003 SQL Slammer worm that infected more than ninety percent of the weak computers within a span of 10 minutes of its deployment? The worm infected and damaged thousands of databases within minutes. A bug was discovered in software of Microsoft’s SQL Server database and the worm took advantage of it. Although this was identified in the previous year but few administrators took the initiative to fix it. This worm’s successful endeavours simply proved how important security measures are to defend one’s database. Unfortunately, either due to lack of resources or time, most of the businesses do not provide regular patches for their systems and thus, leave them susceptible to worms and bugs.

There are two kinds of threat to your database – one is external and the other is internal. How will you deal with those insiders who might steal information from within the organization for money or other profits? This is one of the most common problems that the contemporary companies face. The only way is to encrypt the archives in order to reduce the insider risk.

As per experts, every database that had been hacked was due to the misuse of one of its features. The hackers, for example, can break into legitimate credentials before compelling the system to run into arbitrary codes. Although it sounds complex but the access is actually gained through the basic flaws that are inherent in the features. One way to limit such abuse is by removing the unnecessary tools.

Weaknesses within the Infrastructure

Hackers do not generally take control of the entire database at one go. Rather they opt for playing a game of the Hopscotch where they find a particular weakness within the infrastructure and use it to their advantage. They launch a string of attacks until they finally reach the back-end. Thus, it is important that every department exercises the same amount of control and segregates systems that aid in reducing the risks.

Segregation of duties between the administrator and user ensure that the internal staff will face more difficulties if they try to steal data. If you can limit the number of user accounts, the hackers will face more problems in gaining control over the database.

This is a major problem in protecting the databases. The injections attack the applications and the database administrators are forced to clean up the mess due to the malicious codes and variables that are inserted into the strings. Firewalls are the best options to protect the web facing databases.

To keep the keys safe, these are used; but the encryption keys are often stored on the company disk drives. If you are leaving such important keys unguarded, then this makes your systems vulnerable to attacks.

It is the inconsistencies that lead to vulnerabilities. It is necessary that you keep checking your databases constantly to find any discrepancies. Your developers should be well aware of any threat that might affect the database. Though this is not an easy work but through proper tracking the information can be kept secured.