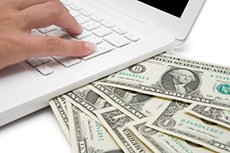 I proudly present five of real live examples of people getting indecently rich without even leaving their homes.

Earning Money By Giving Away, Or How Free Apps pay Off?

Selling Software Without Even Leaving The Office