A true artist dictates the trends. However, you don’t want some impressionism around your app’s UI. You want people to enjoy your solutions, right?

There are, after all, various UI/UX trends and ideas that looked promising when introduced to the market. However, weak back-end or questionable development methods made many innovations impractical.

That is exactly why smart businesses use existing and proven industry practices by polish them to perfection. What are the trends in mobile app design to follow in 2016?

Any android app development company readies itself for the inevitable future where smartphones are nearly as big as tablets.

Screen size increased so much and big smartphones are becoming so popular that we even have a special term to characterize medium sized devices – phablet.

The growth of the average screen size is a “symptom” characteristic primarily for Android devices. Despite Apple’s own versatility, its merely comparable to the plethora of Android devices with drastically varying screen sizes.

A bigger screen causes two critical issues for us developers:

Many little issues caused by bigger screens deserve their own separate blocks in this article. For example, many designers discuss how we can group UI elements closer to the user’s thumb. Some suggest using animated UI elements that would uncover hidden menus. Others think that we should simply make frequently used menu items reachable and ignore underused menu items.

The discussions about UI design tailored for bigger screens happen occasionally, but the industry has yet to set clear standards. That is why we still see different UI layouts.

There are applications that made for users who hold their devices horizontally and use both hands. On the other, there are plenty of applications made for those who prefer holding their smartphones vertically while using only one hand.

Varying screen sizes offer challenges that we have not faced before. Luckily, the more challenges we encounter, the more we learn about mobile application development!

We gladly embrace the versatility of Android devices, as it makes our work demanding and creative.

There is a very simple way to improve UX. Making everything intuitive is a clear path to improving appropriate design patterns. UI simplicity is a huge point of interest for many specialists in our industry.

Numerous professionals prefer adopting skeuomorphism and use established elements that are already familiar to the end-users and thus much more recognizable. Use simple icons as hit targets and simplify the UI removing text descriptions. That’s the way of a modern designer. That’s how you make an app look more spacious and stylish.

Simultaneously, tablets are supposed to be used with both hands. Both options align well with the concept of skeuomorphism. Phablets are an entirely different deal! They should, in theory, be used as phones more often than as tablets. A dispersed layout of icons may be inconvenient to use.

Skeuomorphism may be less practical for medium sized devices though. Relatively small smartphones make nearly every part of the screen easily reachable for those who use only one hand to navigate.

This conflict forces us to use skeuomorphism ideas combined with traditional UI building methods. And yet, I believe that soon enough we will be making apps that utilize skeuomorphic pure elements. You only depend on the target audience for so long. You are forced to choose between purely skeuomorphic and mixed interfaces. But that era is reaching its end shortly.

Pro tip: If you feel like hiring Android developers who can develop an attractive mobile application, make sure to check out their skeuomorphic applications. Chances are that this is going to be a blazing hot design trend in the nearest future!

Do you remember the nightmare-ish Time of the Pinch?

QArea had multiple interesting UI solutions that focused heavily on the problems of navigation. Apple tried to introduce their pinch-to-zoom concept about a decade ago. While the solution seemed efficient enough to become a new trend, many users were confused with this feature and expressed their inability to use it in some applications. The feature itself is a limitation for a UI designer.

Many touch devices like GPS-navigators and E-Book readers shared some symptoms with early mobile apps. The hit targets were very small and hard to tap. This caused inconveniences and negatively affected UX in many ways.

Progress never stops and the industry found the most natural gesture for navigation – swiping. When Tinder appeared, the whole world was introduced to a new word “swipe”. Obviously, the word and the feature had already existed by the time Tinder became popular. However, casual users didn’t truly care about the terminology. Nowadays, it is fairly common to hear people using the expression “swipe right”.

This is a very natural gesture that perfectly associates with modern design trends like Card layout. Swiping a stack of cards feels so natural that another gesture that replaces it seems nearly impossible to find. In 2016, swiping will be used more often than any other gesture. Simultaneously, we will definitely see more card-based applications utilizing easy swipes to improve UX.

This is a clear mobile application design trend that’s here to stay! 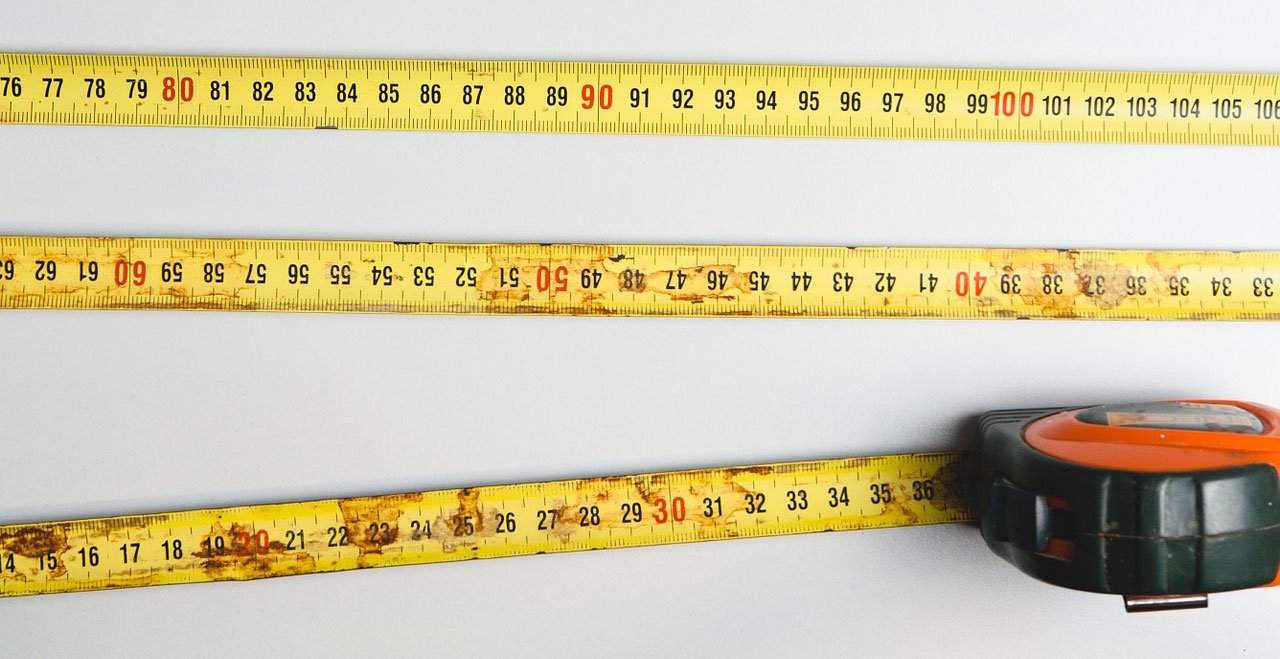 Phablets are undoubtedly popular. Nonetheless, it certainly doesn’t mean that manufacturers are obsessed with making gigantic smart devices. IDC believes that by 2020 over 200 million wearables will be used worldwide. This is a big number and so many wearable users will certainly impact the market drastically.

There are numerous devices with smaller screens. We need to design applications that can be successfully used with smart glasses that are about to swarm the industry and smart watches that already feel comfortable in the market.

Wearables are precisely tiny and their screens have mostly utility usage as of now. However, the market evolves and the eyes of the industry are on augmented and virtual reality projects.

This means that many UI elements will have to be moved to the screens of wearable devices or even brick and mortar surfaces. Oftentimes, this is going to be a substantial part of the UI.

For small screens we need to simplify UI design even further. Fewer animated elements, recognizable small icons, intuitive gesturing, compact grouping – these are design concepts that you have to prioritize when building applications compatible with various wearables. You also need to shift some focus towards typography. With so many screen sizes, using scalable and readable fonts is very important.

Flat design is slowly steps in the shadows of material design. Before, you could use simple shapes, from little to no visual effects, and narrow color ranges. Today, using a hierarchy of varying colors is the way to go.

At the same time, you want to make our apps unique and aesthetically pleasing. Modernistic color schemes, shadows, and unusual shapes in UI can highlight your applications and make other apps look inferior. Unorthodox design decisions must be considered even by developers who prefer a more traditional approach to coloring their apps.

Remember that an application must be engaging. Interesting design solutions contribute greatly to the engagement an application can cause. If your app stands out and attracts attention, it is already a colossal factor!

This trend should not be exaggerated; material design allows us to create very interesting combinations of colors that can improve UX. However, turning your color scheme into a confusing mess is a sure way to disappoint users.

Searching for the best combinations of colors, visual effects, and shapes is a crucial design process that should involve multiple team members. Creating a nice-looking app is a team effort!

Trend #6. The UI should be spacious! 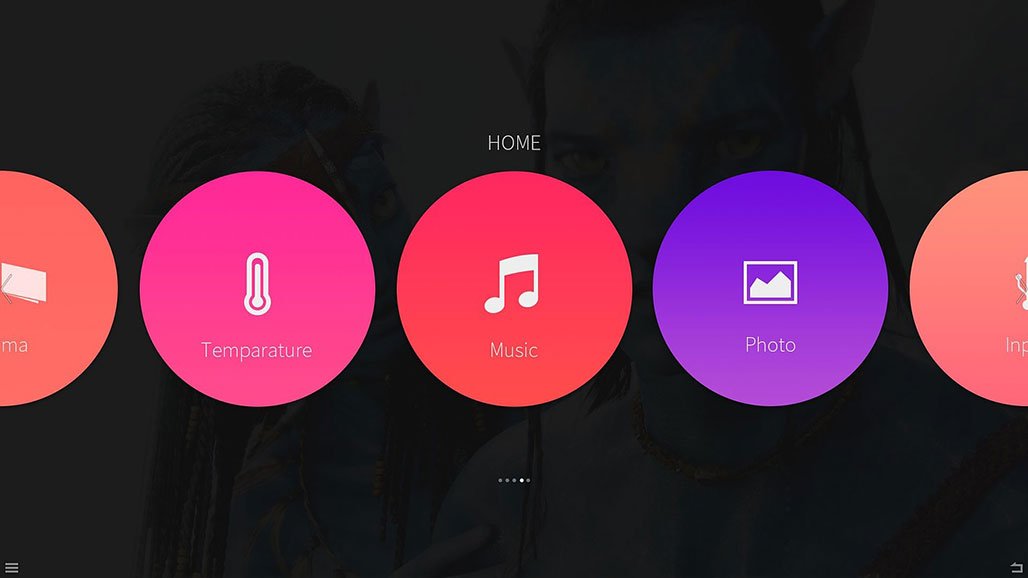 Card-based designs force all other concepts from the market. It is intuitive, simple, and informative. An all-around great concept that was immediately embraced by the whole community. However, it is still evolving and we must make it even more practical.

This year will surely bring many solutions that will focus on expanding UIs by using small cards. Turning cards into functional buttons can solve many UI-related issues.

At the same time, this shift in card-based design will correspond with the latest trends like developing for bigger screens and enforcing swipe gestures. Card design is made for swiping and scrolling an endless list of small cards can be even more engaging than swiping cards one by one. On top of that, the amount of interactive elements on the screen will increase!

Decisions like using small cards and making the UI more compact will be driven by the trend of making apps feel roomy. Many UX designers expressed their ideas that users want to use comprehensively represented information, lots of it. The more items we will put on the screen without harming UX and overall readability, the better UX we will provide.