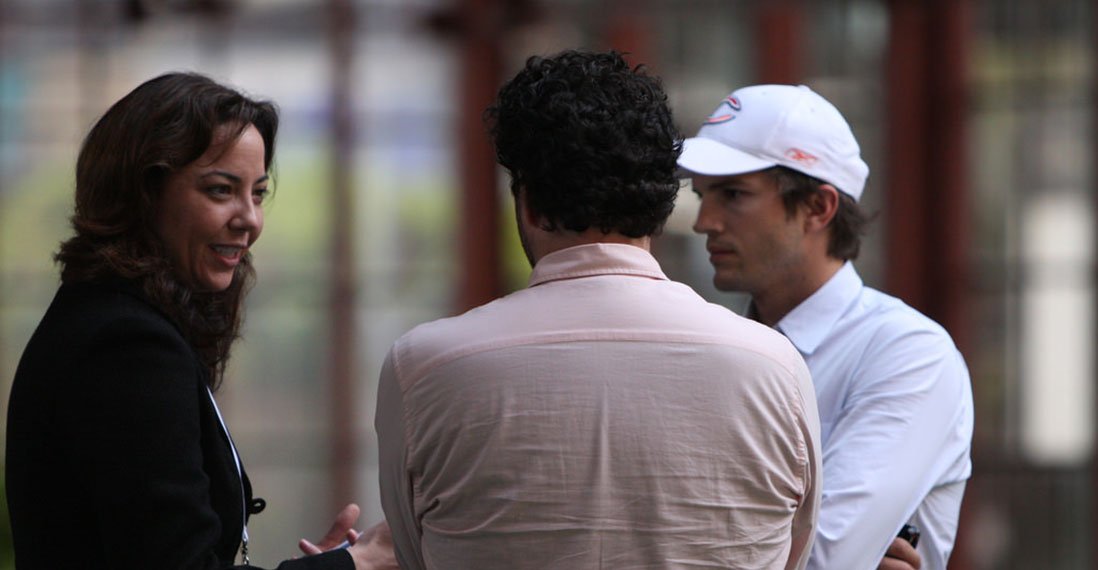 What do you know about Ashton Kutcher? He’s a doll – most people would say. And that’s true as most of us have heard about his successful acting career. Everyone has seen at least a couple of films featuring his handsome looks and many talents.

However, in addition to creativity, the list of his talents includes an insanely efficient business instinct. Ashton isn’t afraid to use it for exceptional investing campaigns. His success stories are more than impressive.

Some of the wittiest startup owners do their best to appear on his radar.

Don’t judge a book by its cover 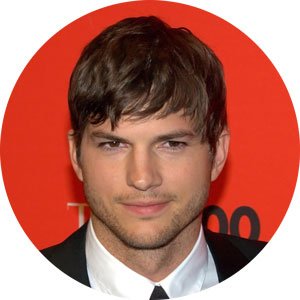 It may seem to you that a cinema star without special education is unlikely to achieve a great deal in business.

But don’t take my word for it. Have a close look at Ashton Kutcher’s investment portfolio. You will see that this man knows how to effectively manage funds. He has an eye for promising projects and technologies and the majority of his investments have generated a huge profit.

No doubt, his successful acting career influences his investment activities. Due to his fame, he can draw the attention of millions of people to a particular application or service just by posting a couple of sentences about it.

The number of people following Ashton’s social media accounts is huge and their numbers grow every day. Sure, he uses this advantage to promote projects and companies he invests in. No doubt, he uses films he acts in for advertising.

For example, the laptop of the character he played in “Two and a Half Men” was decorated with stickers promoting Foursquare, as well as Flipboard.

To speak about his investment activities in detail, Kutcher has both supported numerous start-ups as an individual investor and has also made a number of investments as a co-founder of A-Grade Investments, a successful venture company.

The firm was founded in 2010 by Ashton Kutcher, Guy Oseary – a manager working with top celebrities – and Ron Burkle, an investor and a billionaire. This company specializes in supporting promising high-tech start-ups, namely consumer-focused firms. The trio has already invested in as much as thirty insanely promising businesses or so.

However, Kutcher is unlikely to rest on his laurels. In 2015 he announced the establishment of Sound Ventures. This investment company was founded by Kutcher and Oseary, and its portfolio includes about twenty deals so far.

Ashton Kutcher’s personal portfolio comprises almost a hundred investments, and most of them have provided him with a loud bang for his buck. Take a sneak peek on the below examples!

This is one of Kutcher’s first investments as a businessman. And it provided Ashton with a loud name in the industry. Thanks to this successful project, many companies and investors have noticed the non-acting side of his talent.

Foursquare is a social network that encourages its users to check in from a brick and mortar facility as much as possible. There are versions suitable for the most wide-spread operational systems, and you can also tie its account to those on Facebook and Twitter. Checking in gets you various bonuses and you can even become a mayor of a virtual city.

The businessman made this investment in 2009. Since this calling service has proven to be a success, it is not surprising that Microsoft has become interested in it. Skype has been sold at a profit and Kutcher has earned much income. They say that he has tripled his money. No doubt, it has contributed to his image of a businessman who has a good eye for noteworthy projects.

This is a website for people who travel a lot. You can rent a flat, a house or a room with its help. It is a worthy alternative to hotels. This service became immensely popular very soon after its launch, which has made it attractive to investors.

Although it is unknown how much Kutcher has invested in this company and how much he has earned, there is no doubt that this investment has turned out to be profitable. According to the terms of the deal, he has been invited to join the team of this start-up as an advisor.

Kutcher supported this start-up as an early investor and has joined the advisory board. Initially, this website was a social network for gay men, and was called Fabulis.

However, in 2011 the format of the website was changed. It has been transformed into a website for selling design items, as well as offering all sorts of design ideas. One should note that the changes have worked in the favor of the website.

The number of its users has grown immensely and it has attracted the attention of a large number of designers. As a result, the owners of the company have managed to sell it at a great profit. Consequently, all the investors have earned good money.

They say that this project is one of Kutcher’s favorites. He has both supported it financially and provided the team of this start-up with advice. He has been collaborating with them to improve this photo-sharing application, primarily by working on commenting and feedback systems in one of the offices of the company.

This application is an extremely popular social magazine. Using it you can see all the relevant news from your Twitter and Facebook profiles in the format of an electronic magazine.

You have the opportunity to familiarize yourself with all the noteworthy posts and they will be displayed in a convenient and attractive way.

Ashton Kutcher has managed to see the potential of the app to appeal to millions of internet users and to become one of the leaders in the market. No doubt, this investment has provided him with a good profit.

This website will come in handy for those people who are looking for tickets for various events: entertainment, sporting, etc. It is provided with an algorithm which helps users find the tickets for the best seats at the best prices. It aggregates all the offers available in the market and analyzes them. Ashton Kutcher has made a strategic investment in this start-up through A-Grade investments.

This on-line platform is a popular means of advertising. It can be used to promote products, services, and companies, as well as to communicate with fans and to effectively spread information about celebrities.

It is noteworthy that this company has released A Plus, a free desktop program designed for fans. If you install this software, you will get access to tons of information about Kutcher: photos, posts, videos, etc. Besides this, you will be able to deal with other relevant information from Twitter in an easy way.

They say that this program is a game changer in the world of applications. It can be also used by other celebrities and their managers to reach fans more easily.

This website is meant for those who need any kind of software development services. You can use it to contact and hire developers from Silicon Valley, as well as specialists approved by the executives of this company.

Customers are provided with price quotes within several minutes. The price indicated in the quote is final, which is a huge advantage. The number of firms which are in need of such services is constantly increasing, so this company is likely to succeed. Ashton Kutcher made a personal investment in this project in 2015.

This start-up was formerly called GoButler. The company helps businesses deal with conversational issues and provides customers with the services of a virtual personal assistant. You can use it to make reservations, order food, book tickets, etc. The program analyzes offers available in the market and chooses the most optimal ones, taking into account the quality-price ratio.

This is a social platform with more than 150 million users coming from about 200 countries. This global network is meant for people who want to change something for the better. It unites ordinary people and power players.

As a result, its users have the opportunity to solve hot problems and influence global processes. This business has been supported by a number of influential investors, including Ashton Kutcher.

This language learning application is the true leader in the market. More than 120 million people all over the world use it to master foreign languages.

Duolingo offers courses in over 20 languages, and, as you know, today second-language skills are a must for almost every specialist regardless of the business area. The number of its users is constantly increasing, so, investing in this company will, no doubt, provide Kutcher with a good profit.

As you can see, Ashton Kutcher is an experienced investor with an impressive portfolio. He is particularly interested in the companies which offer innovative tech services or products. As a rule, Kutcher does not disclose the sum of his investments; besides, only some of them are announced to the public. 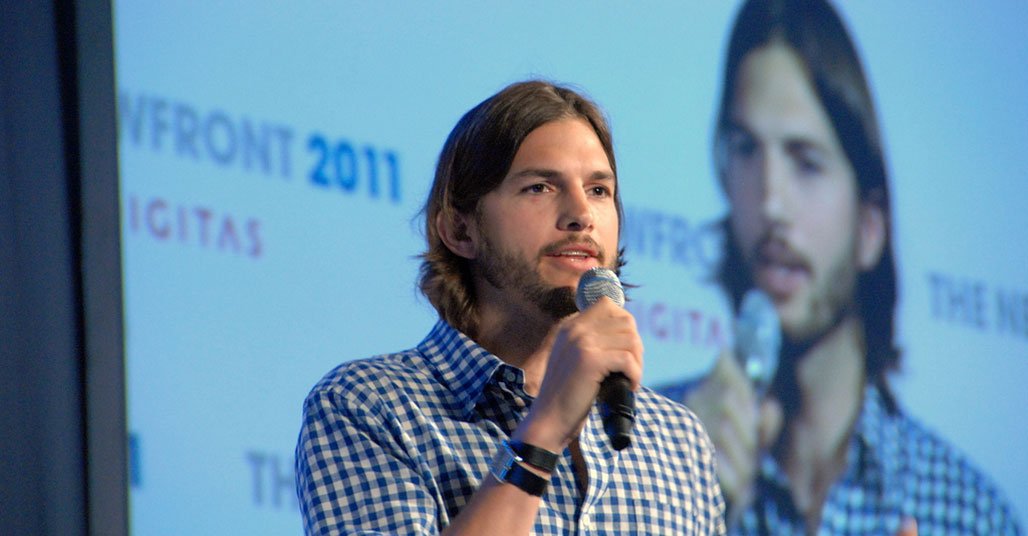 Outside Silicon Valley, Ashton Kutcher is mostly known as an actor and a producer. But, despite his intense shooting schedule, he has managed to make a series of profitable personal investments, as well as to found and develop two venture funds.

Due to the fact that he has a good eye for worthy projects and manages to use the available resources to their benefit, he has won the respect of top world investors and businessmen. They defer to his opinion, readily team with him and track his investments.

So, one can say for sure that this businessman has managed to achieve success in the sphere of investments and he is likely to add a number of profitable investments to his portfolio in the near future.