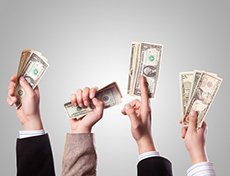 How Much Money Do You Really Wish To Pay Your Developers?

How much is a developer worth?

This is a rather wrong question that has no precise answer, after all software developers are people, not goods. It’s more about how much are you willing to pay a developer in order to maintain your business in the best possible way. There is no exact same amount of money as there are different positions for developers, yet there are several systems by which you can make sure you and your developers are both happy and productive.

What do we mean by an appropriate payment system?

Well, it has to be fair, understandable, competitive and transparent to begin with. If you have it covered, you are on a sure way to having well-motivated and productive developers without overpaying them, well… too much.

And what do we mean by…

That is how you are making sure you have just the right set of people you would wish to working for you.

How to Hire Developer in a Right Manner

Now That Is How You Hire A Developer!

The real meaning of the title “ Senior Software Developer ”