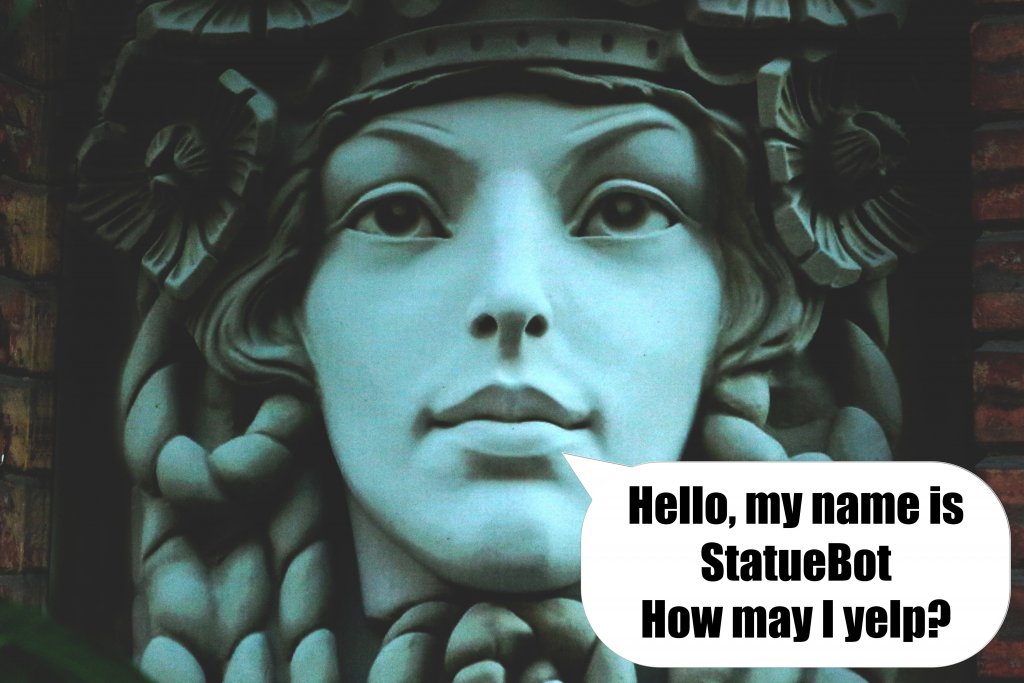 Chatbots are the obvious trend for 2017, experts concurrently predict its high rise in the near future. Such AI programs are not just a big profit for companies to launch a chatbot instead of hiring more reps (sorry humans!), but also a great benefit for customers and prospects, who wouldn’t have to wait (sometimes usually long) for human assistance. The bot can service plenty of customers simultaneously, handling orders and simple questions right away.

Basically, a business must QA test its chatbot well, so it can bring real profit. Though such a toy in your service arsenal may be a thoughtful marketing coup to attract IT-interested people, the interest will inevitably fade away if your bot wouldn’t be able to handle what a customer really needs from your company.

Since AI chatbot becomes recently rather smarter, more and more companies adopt these personalized programs in their business. Nevertheless, “smarter” means more complicated coding, therefore more bugs, errors and other head-breaking messes. You don’t want a crazy Tay bot who posts something like “kill all humans”, right? Or do you?..

How to cope with the task?

Last year summer there were many speculations that chatbots are rather stupid because they don’t deal well with Turing test. WTF, man? Chatbots are not a toy for lonely kidults, they are functional instruments to achieve a certain programmatic goal. Chatbots don’t need to act a real human but reply with the right answers and in the right time.

Sure thing, that would be nice (and highly recommended) to add some humanization features. For example, a bot may reply with the heart emoji, once a caller says “I love you”. Things like that would be a pretty bonus for customers because they create a personal connection with your company, and their amusement will probably grow in more sympathy for your business. Your customer and your company will have a common history: it would be rather difficult for her or him to turn her/his eyes to your competitors. The real emotional factors rule in life, hence in business.

Use Suitable Tools for Your Chatbot

Before the start, we must choose the instruments we will work with. Bots are not usual software, and its QA testing definitely requires specific tools. How exactly should they work?

The main task for chatbot is to understand the context of the conversation flow and deal properly with an issue a user needs to resolve. So, the adequate tool must examine these features as detailed as possible (especially it concerns some routine controlling) and provide with a clear review, better converted in numbers that push to valuable insights.

Keyul, a creator of Bot Stash, recommends three top tools for automation testing. What are they?

Bot Flair should be considered the best due to its capability to control unexpected inputs like slang words, colloquialisms, and other stuff like that. However, it’s totally paid. And if you just want to know how your bot generally behaves in different channels, you can simply go along with the Bot Testing, which is completely free of charge. Dimon would be something middle between those two since it offers both free and paid subscriptions with the different outreach. It provides with the basic functions but also gives options of the premium features.

The testing tools would surely ease the whole process if being implemented by skillful hands. However you can’t rely totally on testing automation – robots would never dismiss humans in controlling robots (sounds ironically, isn’t it?).

Basic Chatbot QA: a Bot Should Do Its Bot Job

So, what should you start from? It’s obvious you ought to check what the chatbot is specifically created for. That is the common logic of your servant. You don’t want your botty to answer with right answers but to the wrong questions, right?

Let him/her handle the expected inputs, and see the result. If something goes wrong, you know what to do, since you or your coders have coded the reactions on those inputs directly.

This stage can be compared with such usual process as proofreading and editing your post on Facebook before you click or tap the “Post” button. The same thing with your bot: make sure it’s functioning well on the basic interactions before you show up your AI child to more people. Note that it’s obligatory to test your bot on all channels it’s been implemented for, to avoid any issues with integration compatibility.

You may involve professional QA testers on this very stage. The whole analysis would be even more efficient if the testing team starts with you from the very beginning and grasp more basic details of your project.

Something’s wrong with your chatbot and you don’t know where to start? Write us to get professional QA advice!

The best way to ensure your bot will be launched ready to serve is to beta test it before the start. Once you are done with the basic QA and the chatbot works just as planned, you need to open it to the wider audience. That must be a closed group of users, which literally would try to break your pretty botty and then give you an account of what comes of this.

Saying more scientifically, the beta tester would examine the chatbot with unexpected inputs. These usually include mentioned slang, jargon, colloquial language, also British, Australian, and other English variants. Moreover, the chatbot would be most probably treated like an entertainment and besieged with completely irrelevant inputs like above-mentioned flirting.

Every beta testing review would be valuable for you since each individuality treats the chatbot in the personal original manner. Even if you’re surprised, you need to consider how to deal the users’ human behavior, which doesn’t fit any patterns and improve your chatbot according to the considerations.

It’s helpful to define the main problems (i.e. “No response”, “An invalid response”, “A response on wrong topic” etc.) on the early QA testing stages. Then ask your beta testers and users in the future to report with the relevant tags. Voilà! You’ve got an ordered list of the main issues you need to work on. Such classification would make it much easier to operate the errors, set priorities, and find and fix the critical bugs ASAP.

What are the ways to get beta testers?

Sometimes it happens that you have no idea who you should ask for to try out the beta version of your bot. Don’t worry! Actually, there are always certain ways to recruit people to pre-check your chatbot, even for free. Let me share with you the most common of them.

First of all, you may go with crowdtesting communities, inviting people there to test out out your new chatbot. The most popular resources of such kind are TestMyApp subreddit and Beta Family community, where innovation fans can try out your service and review it (in the first one for free, though it’s not so “crowded” there). Though, the bad thing about crowdtesting is you can never be sure about the skills of the testers. Do they have enough analytical consciousness to plunge into testing deeply and properly? Who knows.

Then, maybe something more skill-oriented? And yes, in this case, freelance platforms will do. You can easily sign up to Upwork or Freelancer and search beta testers with the relevant skills. The resources’ deal protection would make you sure the experts meet your deadlines and finish their work with a clear conscience (or you would be compensated). Nevertheless, freelancers are not so reliable and organized as regular workers. You must know about that if you have ever cooperated with from-time-to-time employees. Moreover, they are not able to do his job so systematically.

Finally, if you want to get a real quality service, full-time outsourcing QA teams are waiting to assist you in every aspect. You will surely need to pay more than for the freelancers. Nevertheless, it’s quite fair to compensate higher rates to receive professionalism, systematic workflow, and adequate management. You’ll get 100% output: the QA testers, assuming all the previous reviews once they exist, will review the overall program, code, and algorithms. And then provide you with the exact mistakes log and advice on how to fix all the errors. Some of the QA companies, which have developers in their state, do offer to fix all the bugs, for the additional fees.

Іnterested in chatbot QA service for the fair price? Check out our offer

After you improved your chatbot according to the beta testing reviews, it’s time to launch!

Kick off the fear to screw up and give users the opportunity to report your chatbot if they think something’s wrong with it. Whether a user is concerned about the dumbness or just want to advise on usability – he or she must be able to do it right away within the chat. It would be a great option, the chatbot gathers the users’ complaints and concerns and send this info to your QA specialists. Remember to thank your users for every report, because every thoughtful consideration makes your AI customer assistant a little better.

Once the chatbot is accessible for everyone, where would be even more unexpected inputs. You must be on the ball and react promptly to make the conversation with your AI rep smarter, more interactive, human-like and possibly amusing.

Keep those points and this way will lead your virtual customer assistant work just fine for your clients. If you have any further questions, feel free to ask me in the comments below or on our social channels. Hey, and keep sharing if you consider this content helpful: let’s do our part to make AI a little bit better and anticipate the future we want so much! 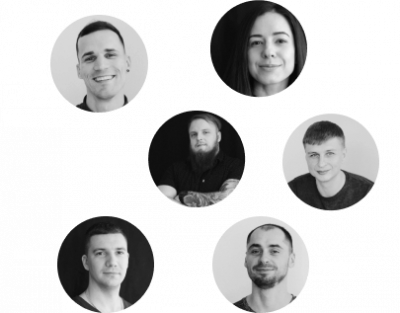 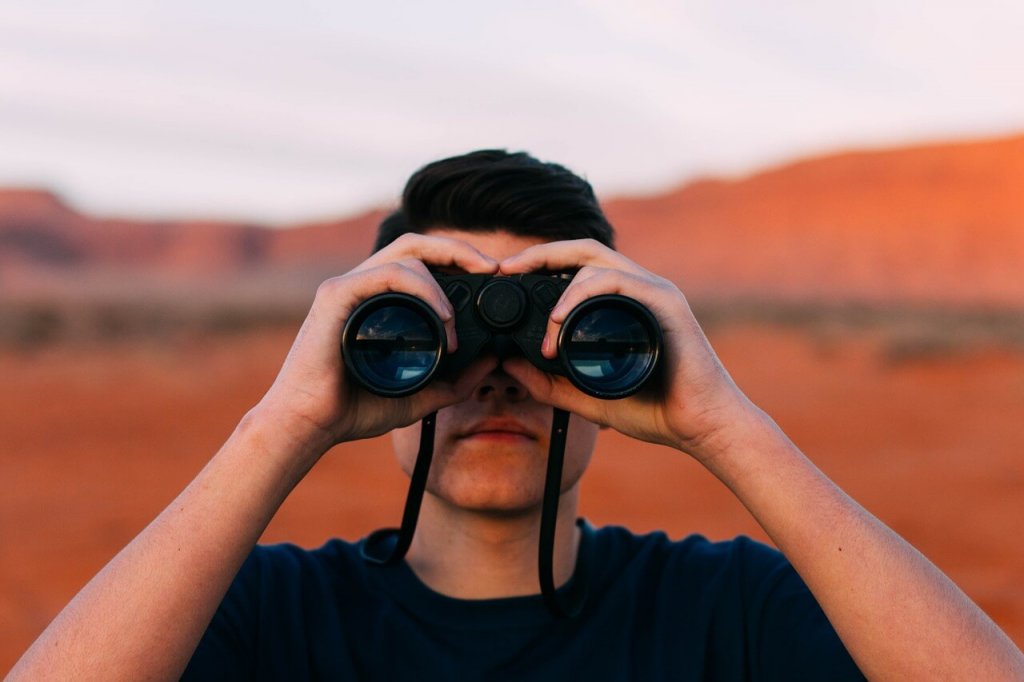