Kharkiv: the Regional Leader of Software Development in Ukraine 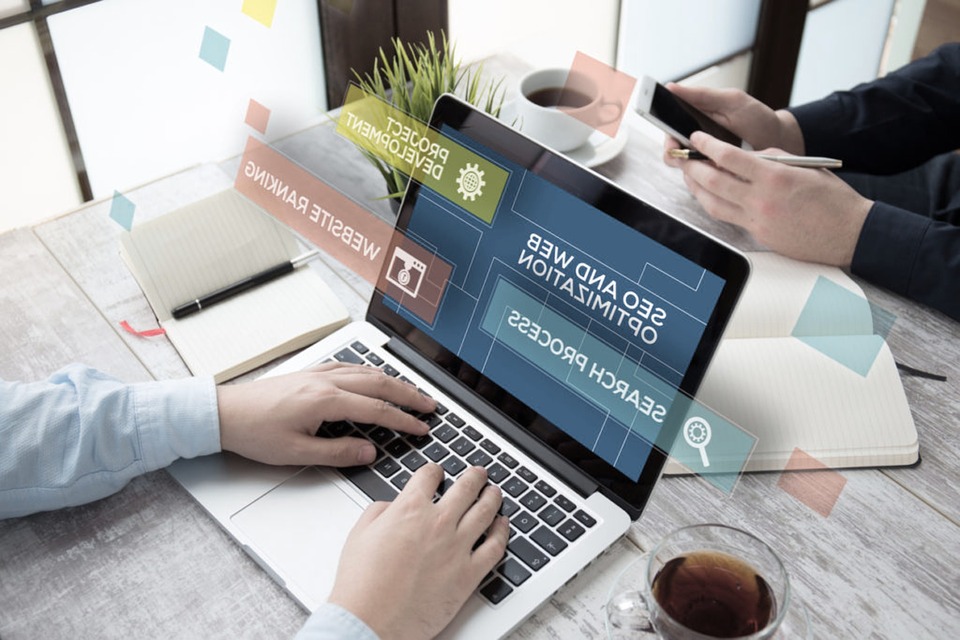 1. Statistics and dynamics of IT and outsourcing industry development in Ukraine in 2000-2005

Despite of skeptic attitude of the many operators on the Ukrainian outsourcing market, our industry steams forward, and this is a good occasion to congratulate all of us members of this Forum.

Fig. 1.1. IT and outsourcing industry development in Ukraine

Whereas we state lack of exact statistics, natural born modesty and critical score essential with our people when communicating with our state bodies, we can assume boldly that this year the software outsourcing market share will reach $150 to $200 mln.

Moreover, if we consider for our mentality and inventive power, the software outsourcing market share, including “grey” and “black” outsourcing (that are effected half-legally and utterly illegally by small groups and freelancing individual programmers), we can quite suggest it reaches $250-300 mln.

One should admit, that the research performed by AVentures company together with Market Visio research company after the methodology of Gartner Group, was built on a sampling population of 150 (of 300 addresses by AVentures) companies from Kyiv, Kharkiv, Lviv, Odesa, Dnipropetrovs’k and other cities that found it possible to give answers in complete to all the questions in the questionnaire. Whereas in Kharkiv only, by the most conservative estimate, there exist 40 major software developers which declared their existence by means of web-site in the Internet, it becomes apparent that the structure of operators on the outsourcing market, derived by AVentures and Market Visio is strictly empiric.

As stated by AVentures, of the IT services and products suppliers the 35 per cent market share belongs to minor companies (fewer than 15 employees) or independent groups of professionals, while the 65 per cent are major and mid-size companies.

(Note 1: As discovered by Web Style (Kharkiv) research in 2002 there are 275 web development companies in Ukraine not to mention developers dedicated to providing offshore outsourcing services exclusively and freelancers.

We estimate the Ukrainian market as follows:

The number of professionals engaged in delivering outsourcing services and developing products in 2003 was estimated on the level of 8-10 thsnd. people. Open sources give even larger figures: 20 to 25 thsnd. people. At the same time, Ukrainian high schools yield 30 thsnd. graduates of computer science chairs and related yearly. The emigration tendency among Ukrainian programmers (some sources give about 2,500 persons yearly ready to emigrate any time) is almost reversed. Some developers come back to Ukraine to develop their own IT businesses.

2. Regional development of Ukraine; contribution of Kharkiv to Information Technologies

It is historically and geographically molded, that each region in Ukraine is distinguished by its own specifics, its own strong suits. The South-Eastern and especially Eastern region of Ukraine is the most developed in both industrial, intellectual and technological spheres. (At this, all the regions – and it is undoubtedly a major advantage of Ukraine – have almost smoothly developed telecommunications and social infrastructure.)

Recruitment agencies and HR-managers of our city, within the latest 3 or 4 years, observe a permanent interest in qualified human resources moving among Kharkiv, Kyiv, Zaporizhzhia, Dnipropetrovs’k, Symferopil, Sevastopil, Donetsk.

We estimate that IT market structure in Kharkiv is as follows:

The comparative analysis of the knowledgebase accumulated in Kharkiv and its region with the ones in other cities and their regions is a challenging task, since every indicator that might be applied, will be of its individual significance and specific weight within the integral combination of other indicators for a particular city (region). The most roundup indices are the number of scientists, R&D centers, and allocated funds.

Although, the core of scientific and intellectual potential of Ukraine – the research and development base of military and industrial system – suffered significant dissipation lately, Eastern Ukraine remains a pool for most of R&D institutions, associations and laboratories. Moreover, the new and unique research centers get founded here, as Institute of Information Technologies (IIT), Kharkiv, which concentrated on encryption and data safety issues.

It is in Kharkiv developed and implemented are

As to donations for the purpose of developing the academic base, in Kharkiv we ruefully lack them. In distinction from the capital region, the regional centers face difficulties in financing the information infrastructure upgrade. Despite that Kharkiv region manages vigorously with the challenge. Thus, Kharkiv region Authorities strikes energetic efforts in attracting foreign investment and perspective partners.

Despite all direct and innovative advantages of a capital city, the major risk it presents is its political aspect. Political and social forces being unsatisfied with government or political bodies activities can paralyze the business life of the capital in no time. This was vividly demonstrated at the end of 2004, when the so-called Orange Revolution immobilized our capital for two weeks.

And this is the key political advantage of the developed regions. They are much less vulnerable when political rebelling and they are necessary and sufficiently independent.

Kharkiv is a typical example of the above thesis. It kept working stably during Orange Revolution and contributed to the country budget.

Being a contributing region Kharkiv can and does propose considerable benefits for building up business. Due to greater social stability and less political engagement multiplied by traditional dynamism and build-up innovation infrastructure Kharkiv is attractive with the following:

Kharkiv can boast of the following:

As per our conservative estimate this gives us 1,000 to 2,000 professional programmers and network administrators annually. (I must admit, that generally this information is often considered ‘strategic’ at our high schools and no official information has been provided.)

7 high schools of the above have dedicated computer science chairs.

Trends in Outsourcing and Our Competences: ODC & BOT

By now, the most promising are the Offshore Development Center (ODC) and Build-Operate-Transfer (BOT) models. For vendor with a mature development process and predictive requirements ODC and BOT provide the best balanced benefits.

These are these best-performance offshore outsourcing models can provide for the maximum raise in product functionality in the next 3 to 5 years while allowing to save considerably on R&D costs.

I say we are ready to plan and promptly execute a team transfer as it is described by BOT.

The outsourcer, whose main activity is in developing software, depends critically on processes quality when developing, rigorous project management adapted by outsourcing companies as well as correctly formulated provisions of Service Level Agreement (SLA)). Those ones who engage outsourcing companies for the first time as concerned with Intellectual Property protection issues. While those ones who already accumulated some experience in interacting with outsourcing companies are most concerned with their ability to manage projects. These are ODC and BOT models that provide leverages for all these aspects.

BOT enables the outsourcer to shorten product development cycles and introduce their products to market faster and often earlier than their competitors. Such decrease of development time is due to the development cycle of 24/7 and already existent high quality technical resources pool fully dedicated to that project.

It is due to process maturity that developers can measure quality and improve it on the on-going basis. The majority of IT services suppliers that already deploy BOT model with their clients possess proved methodologies of growth based on quality standards. That outsourcer who chooses development according to BOT model ‘inherits’ all those quality standards when acquiring the outsourcing team.

Unlike typical outsourcing business model, which stipulates re-estimating budget and suspending the project development each time changes are needed to be introduced to it, BOT represents a much more effective process. The initial budget is strictly preconditioned and predictable, changes to project are adapted smoothly and on-the-fly, with no executional protraction and bargaining for better conditions. As soon as ODC is molded and ready to be handed over, the outsourcer ‘inherits’ the team ready straight to set up working.

When acquiring offshore infrastructure, operations and staff direct costs raise. With evolution of corporate goals, market cycles and economic climate one can try evaluate whether it is worth including them into liabilities.

Some companies consider IP issues the most critical ones when choosing BOT rather than ODC since transfer of debits also warranties the transfer of intellectual property. As the operate phase comes to an end skills, business processes and team know-how are handed over subordinate to outsourcer. Thus, BOT for outsourcer is quite an easy and cheap way to benefit from globalization processes in economics.

In this light Kharkiv is the most attractive region for organizing an Offshore Development Center and transfer as per BOT model. And here are the strongest evidences:

IT Outsourcing & Risk Management In A Turbulent Ukrainian Economic Environment

What is Design Debt and Why is it Important? 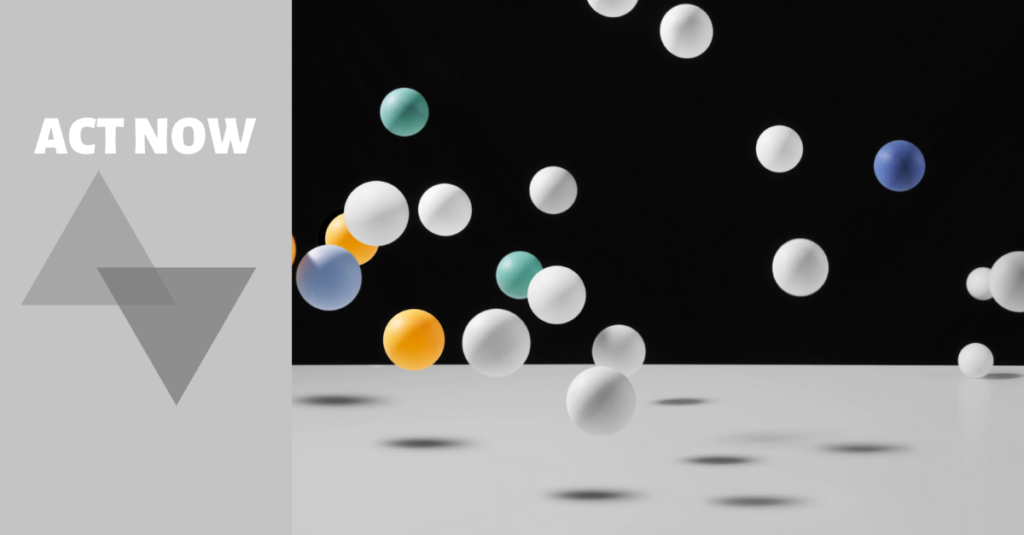