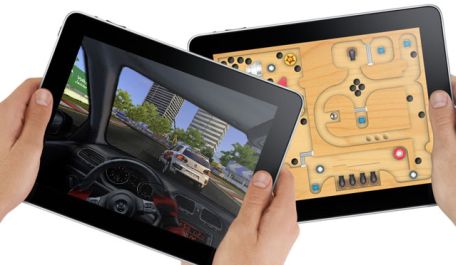 Tablet users pay much more for online apps and content 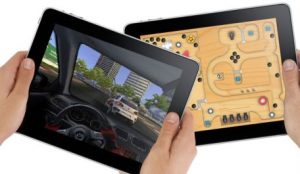 It is incomprehensible, but some of them download apps but don’t utilize them.

From the research department into the painfully evident: Over 90% of tablet users in the United States have downloaded and deployed at least one application in the last year.

In fact the big finding within this survey from the OPA (Online Publishers Association) – that was evident looking for some way to connect its name to the hot tablet market but it couldn’t think of the questions of research which would puzzle a monkey – isn’t the great number of users downloading applications.

The appropriate question here – what else would you do with your tablet?

For that matter, what would you do with your PC? First of all uninstall all the crapware and install your own software.

Tablets don’t rely on apps fully enough to be stored in material media. Tablets are designed the same as smartphones to download their software.

So if to say that 90% of tablet users download apps is the same as to that 90% of PC owners use their PCs. It seems surprising only because the number is not 100%.

The average apps download by user is 20 apps per year that seems rather low. Perhaps these are 20 apps they have failed to remove within a certain period of time.

The 3d most astonishing bit of valid information is that 79% of all users who paid for the downloaded apps on average 53% for a piece that will be surprisingly high for mobile applications purchased at 99 cents a piece.

According to statistics tablets make their users happy, nevertheless 89% were satisfied or very satisfied with their purchases. So, perhaps, the money is spent well.

The next very surprising fact is that only 67% of responders answered they have an iPad or iPad2. Considering media lines and frenzy at Apple Stores it was suggested that percentage would be well into 3 digits, more than 100% driven by iManiacs who produced off separate personalities as a pardon to own over one magic tablet.

The truly astonishing datum in this imitation of research was that the number of tablet users who have downloaded applications is in fact 93% and only 90% deployed these apps.

But what are the other 3 percent doing?

Tablet-and-phone-based apps have a much higher rate of disuse of shelfware than PC-based apps (more expensive). It is not striking that many of the 20 applications every user loaded per year came unused.

It is obvious that a certain percentage of people will be contrarian – too anxious about security and privacy to download applications at all, or too concentrated on whatever it is you may do with a tablet without additional apps.

But what about that 3 % who loaded apps and never deployed a single one?

The rest of the study reveals that only 87% deployed their tablets to get access to online content and 46% of any group which genuinely revel in ads in media they near to the content.

That is possibly where the 3% mystery came from: people who wish to read content online and download apps but do not wish to bear with ads to do it.

At least it would be a great reason for an absurd behaviour that is more logic than the rest of the study recommends.