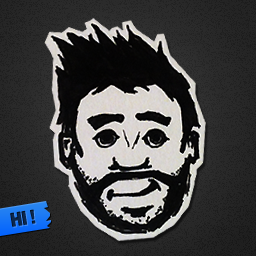 The real meaning of the title “ Senior Software Developer ”

Most of the 25 year old software developers genuinely believe to be seniors.

He continues working his career ladder up to his 30ies (sometimes to 28). At this age a diligent and hard working programmer may qualify for a title senior software developer’. Yet, the fact that there are some prodigies who have become seniors in the elementary school, can’t be omitted, however such cases are probably an exception to the general rule.

Looking at the countries that provide offshore developers this issue works completely different. There is a considerable amount of outsourced jobs available in Russia, for instance, and any IT company is sometimes ready to hire anyone who has a Skype account, possesses scanty knowledge of English but does not have a clear understanding of his future in the IT sphere, where he is about to get a job. The tendency shows that as a freshman in a college in any engineering profession, you possess an easy chance to get a job in an IT company. 18 is a typical age for a junior Java developer or a QA engineer there. Senior in college is considered to be senior in software development.

A 35 year old software developer is thought to have dead brain. By this age you are to have to start your own business – such statements are running in a lot of developer’s forums in Russia.

In the first place in a resume an applicant writes his age, thus screaming out “Look, I’m that young!”

It’s really delightful to observe how most of the 25 year olds open-heartedly believe that they are seniors. However 80% of these so-called seniors can’t pass a real technical interview.

Nevertheless, we shouldn’t be too skeptical about the situation, because nevertheless there are still very talented and young software developers who are eager to work hard and keep upgrading their skills.

So be careful during the hiring process! Watch your step with the fake senior software developers!